The Link Between Anxiety and Avoidant Personality Disorder

Avoidant personality disorder is a problem that affects about 2.5 percent of the population and tends to begin in childhood, later progressing into adulthood. It is rare for the problem to be diagnosed in childhood or adolescence and people may not be aware of their issues until they become young adults. It is characterized by a number of problems including feelings of nervousness, fear and poor self-esteem, drug & alcohol. 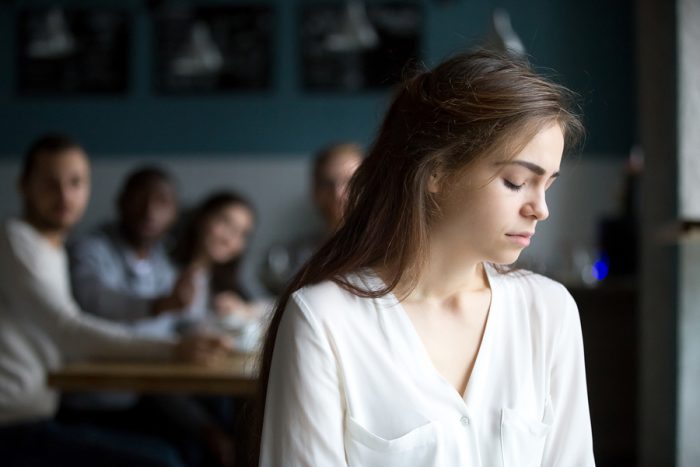 Because avoidant personality disorder shares symptoms with other problems it can take time for people to get an accurate diagnosis. They may believe they have anxiety because people with the personality disorder tend to struggle with anxiety as well. Getting the right diagnosis can provide the person with a clearer picture of what their problem is and how they can get help.

When someone has avoidant personality disorder they may have intense fears of rejection which can cause them to become isolated. They have a form of social anxiety caused by their extreme sensitivity that can prevent them from socializing with others. People with avoidant personality disorder often have very few, if any, friends and feel reluctant to become involved with others.

They are easily hurt by criticism or the feeling of disapproval and this can give them extreme anxiety in social situations. They may only interact with others if they are sure of being liked or if it is someone that they have built up trust with. Their low self-esteem makes it difficult for them to enter new situations because if their intense fear of being rejected, criticized or embarrassed by other people.

Social fears are one of the main issues that cause people with this disorder to become avoidant. They might avoid many different activities or jobs that involve being with others because their anxiety is too intense. They often end up spending a lot of time alone and will find it hard to go out and be active socially.

If someone is diagnosed with avoidant personality disorder it is crucial for them to get professional drug and alcohol treatment. The tendency to avoid others can make it hard for them to reach out for help but once they begin psychotherapy they can start to address some of their fears and improve their behavior. In many cases they will also need to treat their feelings of nervousness and anxiety that affect their ability to socialize.

Treating a personality disorder can be complex because the person often has deeply rooted patterns of how they behave and think about themselves and others. Deep down people with avoidant personality disorder want to develop close relationships but they don’t know how to change their perception of things. Psychotherapy gives them a chance to ease their distress and start to replace some of their negative beliefs and thoughts with more positive ones.

Strategies like cognitive behavioral therapy help change the patient’s thinking so that they can stop interpreting situations so negatively. Behavior therapy can also make it easier for them to start changing the patterns of their behavior so that they learn not to avoid things. These two types of therapy are used to help the patient focus on overcoming their fears, changing their thought processes and learning to cope with social situations more easily.

Long Term Issues of the Disorders

For those who are not able to get treatment, avoidant personality disorder can cause them to become isolated from society and make it difficult for them to work and function in their day to day life. They are also at greater risk for developing issues like depression and substance abuse. For those that do receive treatment, it will be a long process of recovery and the disorder will have to be managed for many years.

Treatment for avoidant personality disorder can take time as there are many individual symptoms that can make it harder for them to function normally. They might benefit from medication for their anxiety or depression and long term psychotherapy sessions. As long as they are able to learn strategies for coping with their fears they will be able to start socializing more often.

There are many therapists and best drug treatment centers that specialize in addressing the problems associated with avoidant personality disorder. If you believe that you or someone you love needs help with this disorder then contact a local treatment program or psychiatrist who can help.