Home | Addiction | These are the 5 Most Addictive Substances

These are the 5 Most Addictive Substances 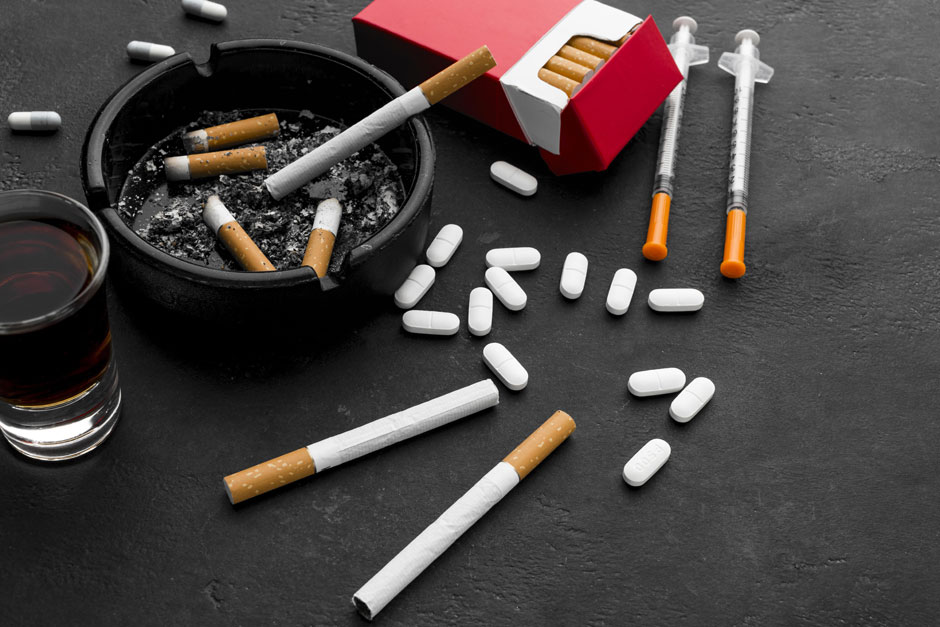 There are different definitions for addictive which lead to various lists placing these drugs (and others) in different orders. However, in the majority of lists, these are the top 5.

This may come as no surprise, but heroin is considered by many experts to be the most addictive substance. As a type of opioid, it provides an intense physical high, while numbing pain. In TV shows, characters are often shown trying heroin once and being hooked immediately. This is somewhat inaccurate, insofar as many people will try heroin over the course of their lifetime and won’t get addicted. However, there is a strong chance of addiction and so it should be avoided at all costs.

While not as dangerous as heroin, cocaine is still a very addictive substance that can cause major physical and mental health problems. It is a stimulant, and as such gets used in a range of environments, including parties, colleges, and even workplaces. Crack cocaine is a smoked variant that works more quickly but is almost chemically identical. It is often portrayed in the media as a much less harmful substance that people use recreationally. However, the reality is that millions of people become addicted to cocaine every year.

People have been smoking cigarettes containing tobacco since far back in human history, and we have known about how much harm they cause for almost a century. Nicotine is the substance that causes addiction, and it is incredibly addictive. Because it is legal for people over a certain age, it is often not considered with the gravity of the other substances on this list. However, it does a tremendous amount of damage. Over seven million people around the world die each year from diseases caused by smoking. More than 16 million people in America alone live with smoking-related illnesses.

Alcohol is another substance that you’ve probably tried, even if you never became addicted to it. As with cigarettes, due to its legal status it is considered fairly innocent by many people. However, alcoholism is rampant in the US and around the globe. It causes illness, death, dysfunction, and a range of social and economic problems. Since it is one of the most addictive substances in the world, it should be seen as potentially dangerous even in appropriate settings.

Methamphetamines are highly addictive stimulants that cause an intense physical high and sense of euphoria. Methamphetamines are not as widely used as alcohol and cigarettes, but those who use them stand a high chance of becoming addicted. According to the statistics, about 2 million Americans used meth in 2019, with about half of them addicted.

Chances are you have tried two substances on this list. Many people have tried more than that. There are countless people who have tried alcohol and cigarettes and have not become addicted. Nonetheless, the chances of addiction increase the longer the substances are used, and a cautious approach is always worthwhile.