Alcohol addiction, otherwise known as alcoholism, is a serious illness that affects millions of Americans. In spite of how common it is, a large proportion of people suffering from alcoholism never get treatment. There are a number of reasons people are reluctant to enter an alcohol addiction treatment program, but they are far outweighed by the advantages.

To give you a clearer idea of what an alcohol addiction treatment program is right for you or a loved one, let’s first discuss why many people are reluctant to get treatment. 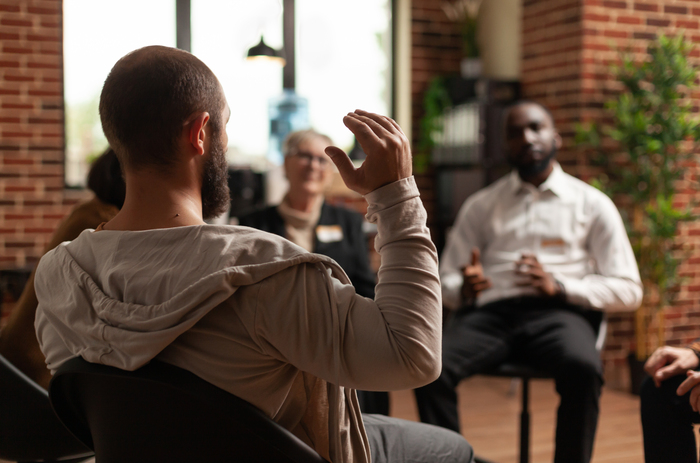 Because alcoholism is such a common disease, there are many treatment options available. In most parts of America, there are multiple rehab centers offering various treatment programs. If it’s so easy to find a program, why aren’t all alcoholics getting treatment?

There are too many reasons to go into, but these are some of the main factors.

They don’t believe it is an illness:

A common reason people don’t get treatment is that they don’t feel that they need or deserve it. Although we’ve known for over sixty-five years that alcoholism is an illness, many people still see it as a moral failing. They believe that they just lack the willpower to beat alcoholism.

Instead of getting treatment, they try to become “better” on their own. When they inevitably fail, they judge themselves further and don’t feel like they deserve help.

Alcoholism is an illness that can’t be healed by willpower alone. Everyone deserves help when recovering from illness. In the same way that you wouldn’t tell yourself to just be stronger if you broke your leg, it is no shame to ask for help from a professional for alcoholism.

Some people understand that alcoholism is an illness but still do not get help. In many cases, this is because there is still a stigma surrounding alcoholism. People worry that although they might know the truth, others will judge them for entering treatment. It is difficult to go to rehab without informing your closest friends and colleagues.

The reality is that stigma exists. However, many recovering alcoholics find that people become more sensitive when someone close to them enters treatment. They start to understand alcoholism better, especially when they see your progress upon leaving the center.

Those people who still see them in a bad light are not worth keeping around or caring about their opinions.

For some people, the problem is one of resources. Treatment for alcoholism takes time and money, of which people are in short supply in today’s world. Let’s focus on time first.

Many people worry that the time they spent in rehab will leave their personal life and career in tatters. It is certainly hard to take weeks off from work and live away from your family. However, everyone around you will benefit from your health, and the time commitment is worth it. As long as you haven’t been intoxicated at work, your employer is not allowed to fire you for taking time off to go to rehab.

Money is another factor that can be tricky to overcome. The good news is that health insurance pays for rehab. The bad news is that you probably won’t be paid for the leave you take from work. That being said, your needs are taken care of at rehab. If you have some savings for you and your family to live on, you can benefit from time spent in rehab.

Now that we’ve gone into some of the reasons people are reluctant to get treatment, let’s look at the advantages of an alcohol addiction treatment program.

One of the most difficult parts of recovering from alcoholism is withdrawal. Because your body has come to depend on alcohol, stopping drinking leads to dysfunction, which can be extremely painful and even dangerous.

In an alcoholism treatment program, you will go through medical-assisted detox. This is a detoxification process overseen by doctors and other medical professionals. You will be guided through the process with non-addictive help for the pain. If anything seems to be going wrong, the doctors will ensure you are safe and on the right track.

Even when you have detoxed from alcohol, you may still experience cravings. These cravings are primarily psychological. You have come to depend on alcohol for more than just physical needs. Certain triggers will give you the urge to drink again.

In rehab, you will learn to manage cravings. This will involve therapy and training that will guide you through what to do when you crave alcohol. Instead of having to struggle against that craving unassisted, you will have the tools to do so.

Alcohol addiction treatment is not just about getting you off alcohol and dealing with cravings. It is also about discovering what led to the addiction in the first place. Alcoholism rarely occurs in isolation. Rather, it usually comes with a co-occurring disorder. For example, you may suffer from depression as well as alcoholism.

Often, it is the untreated mental illness that triggers the alcoholism in the first place. In a dual-diagnosis rehab, you will go through a process of self-discovery with your therapist. You will look into the roots of your experience and learn how to resolve issues from your past. You will explore any unhealthy coping mechanisms and work on replacing them with healthy ones.

Alcoholism wreaks havoc on relationships, especially within the family. In rehab, you will learn not just how to repair relationships, but to rebuild them in a healthy way. Relationships that were previously dysfunctional could have contributed to your alcoholism. Alcoholism treatment will guide you in reconnecting with your loved ones and making the most of your support system.

Alcoholism can sap you of self-esteem. Many alcohol addicts start to see themselves as undeserving and feel shame for how they have acted. Rehab will not magically remove that shame as this can be a healthy feeling. However, it will help you see that it doesn’t define who you are. You learn to feel that shame and let it go, rebuilding your self-esteem and seeing yourself as someone who deserves to succeed.

These are just some of the advantages of entering alcohol addiction treatment. There are many more advantages that people gain when they enter an excellent treatment center.