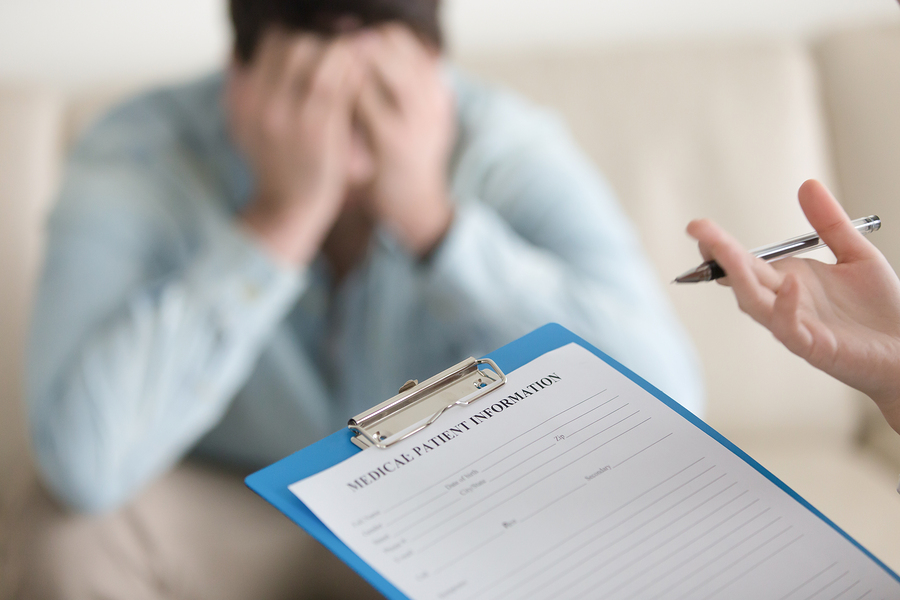 Issues of addiction and mental health are often closely connected and individuals in recovery often find that the two problems influence one another. When a person abuses drugs it can negatively affect their mental health and people with mental health issues are more likely to seek substances to self-medicate. As the two issues frequently coexist it can be difficult to tell which one caused the other.

People can be unaware that they have a mental illness and end up abusing alcohol because they don’t know how to deal with what they are experiencing. As their symptoms begin to interfere with their life they may start drinking as a way to escape their problems or temporarily alleviate painful feelings. Unfortunately, addiction can worsen symptoms of mental illness and cause even more issues that make it difficult for the person to function normally.

Others who heavily abuse drugs and even people who have a serious alcohol dependency can begin to develop symptoms of mental illness due to their behavior. Alcohol and other drugs can change a person’s brain chemistry and make it harder for them to experience natural feelings of joy. Symptoms of depression, anxiety and other problems can develop over time as their addiction progresses.

The Complex Relationship Between Addiction and Mental Health

When someone suffers from both an addiction and mental illness it can be much more challenging for them to address both problems and recover completely. Their mental illness can cause them to continue abusing alcohol or drugs and their substance abuse tends to worsen their mental illness. The two problems become a vicious cycle that can wreak havoc on someone’s personal and professional life.

Mental illness and alcoholism essentially interact with each other in a complex dance that can take time to dismantle. Some people may have one disorder that is worse than the other such as mild mental illness with heavy drinking or a severe mental illness with a more minor addiction. Others can have both issues be very severe which can lead to serious health problems if they don’t get help from treatment.

Some of the mental illnesses that are most commonly associated with drinking include problems like depression, bipolar disorder, anxiety and schizophrenia. Depression is a mental illness that can frequently cause people to begin abusing alcohol because it can temporarily mask their feelings of sadness. Depression can be very common among female substance abusers although it also occurs among men who drink as well.

Bipolar disorder is characterized by intense mood swings from feeling deeply depressed to manic euphoria. People with this disorder may begin abusing substances like alcohol to help smooth out their mood swings. Anxiety disorder is also commonly associated with drinking because individuals will drink to calm themselves down or feel more comfortable in social situations.

Schizophrenia is a very severe disorder that can involve hallucinations and feelings of paranoia which the individual may try to ease with alcohol use. People who abuse alcohol can also begin to develop symptoms of psychosis even when they hadn’t experienced the problem before. Depending on a person’s relationship to alcohol, any of these mental illnesses can appear with chronic substance abuse.

Recovering from a Dual Diagnosis

Regardless of which disorder appeared first, a person with both an addiction and a mental illness is said to have a dual diagnosis. When this is the case they will need to attend a specialized treatment center that is designed to address both problems simultaneously. Only treating one problem and not the other will be ineffective and could have some negative consequences for their health.

Treatment centers that focus on both addiction and mental illness will have programs in place that can help treat each problem through tools like detox, therapy, medication, and relapse prevention. Everything about their treatment program should be focused on resolving both issues so that the patient can minimize and greatly reduce the symptoms of their mental illness while also learning how to maintain sobriety. The goal for their treatment is to be able to manage their symptoms without turning to substance abuse as a solution.

The steps involved in treatment for two disorders start first with an accurate diagnosis. It is very important for the patient to understand what type of mental illness they have in order to learn how to manage it. Expert psychiatrists and staff members can help assess the individual and give them an idea of the severity of both their mental illness and their addiction.

With focused and individualized treatment it is possible for anyone to recover from a dual diagnosis in spite of the complicated issues associated with having two disorders. If you think you might have a mental illness and an addiction contact a dual diagnosis treatment center that can provide you with the help you need to recover.